It is an oddly familiar scene, reminiscent of a day not that long ago. As soon as I see the flag billowing in the wind, the fire trucks using their ladders to hold it aloft, I feel tears pricking the corners of my eyes, and the day has not yet even truly begun. 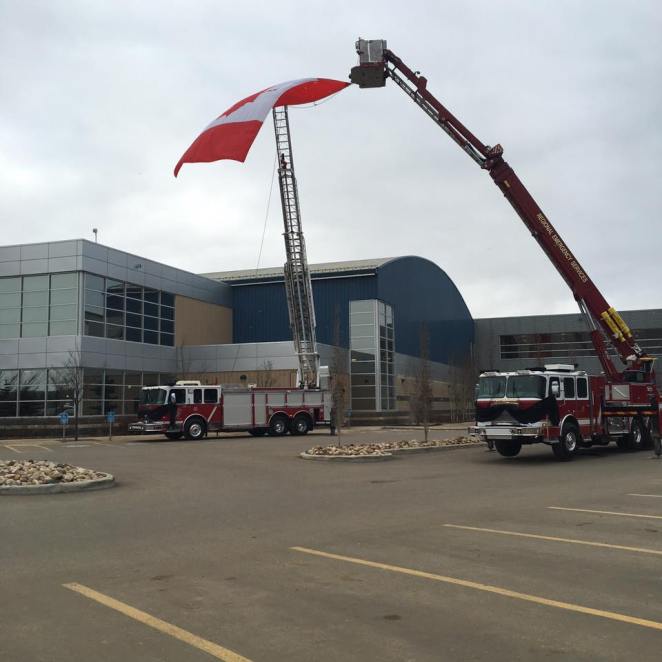 I stand there for a moment, transfixed by the flag as soft fluffy snowflakes fall from a grey sky; it is undoubtedly the kind of sombre day when a community will say good bye to a hero.

There were hundreds of touching, compelling, soul-searing and heartbreaking moments during the memorial service for Bo Cooper. I am at an age now where, as my older sister quips, you go to more funerals than weddings, and for the most part the funerals are for those who have lived long lives; but a handful have been services for those who left us far too soon, and while memorials are always painful it is the ones for those who are too young to be gone that can shake you to the core.

What can one write about Bo Cooper that has not already been written or said? What can the lesson or meaning of this bright young life tragically cut short possibly be? We struggle to find meaning in such situations, where meaning seems elusive and the only thing one can find is a sense of finality and cruelty.

A reporter asked me recently why Bo Cooper captured the hearts of the residents of this community. I could not answer for everyone, but for myself I responded simply that Bo could have been my son, my nephew, my brother, my family; and in a sense he became all of our son as we watched his battle with a deadly foe. It took such courage to allow the rest of us into this fight, as these are deeply personal times, as I know well having been through them with my own family, but Bo and his family shared their fight with us, and we felt we became part of it, too. We fought for Bo and with Bo; we became his army. 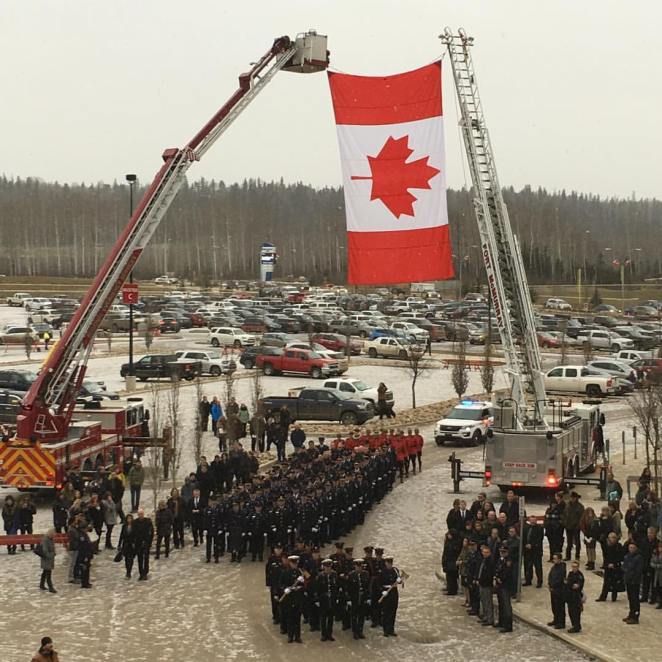 I will not write of the memorial service, as there are aspects too tender and fragile to put into words such as these. The only thing of which I will write are the words from Bo’s father, who thanked the community for raising the funds that bought Bo time – another year in his estimation, an additional 365 days to be with his wife and his parents and his family and his colleagues. The words from a bereaved father were both incredibly heartbreaking and compelling, and if there is any meaning to be found in this sad ending it may be this: the value of time.

The time we have on this earth is finite. Some of us are granted decades while others are granted just a fraction of that; and while we all want the decades what matters more than the amount of time we are granted is how we spend it.

I suspect if we saw time as the precious commodity it is we would treat it with more reverence; perhaps we would ensure we lived every day to the fullest and allow ourselves to savour every experience. The sad reality is that it is often only as our clocks tick away the final moments that we realize the value of time, and wish we had used our own allotment differently.

It is a cold truth that on occasion we need sad prompts to remind us of things we should inherently know. As I sit and watch snowflakes fall from the sky after the memorial service, I contemplate the minutes I have already been allotted in this life and how I intend to spend the remaining ones, no matter their number. I think about the legacy I hope to one day leave, and I think about how I intend to achieve it.

There are not enough words to express the feelings surrounding the loss of a young man who both lived and fought so very tenaciously. He lived a short life, far, far too short by any measure, but he lived it well and he lived it being loved by his wife, his parents, his friends, his colleagues and yes, his community. He has left a legacy through the kind acts he inspired, and through his father’s eulogy he has reminded us of the thing in our lives that may be the most truly precious: time.

However many moments you are granted – whether they are only brief or lengthy, make them good ones. And treasure even the bad moments, because you have been granted the opportunity to experience them, a chance others have been denied.

Own every second that this world can give.

When your time runs out, make sure you can say this: